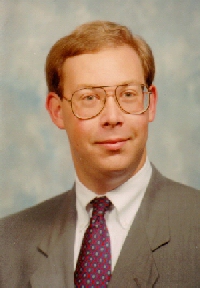 This is the beginning of what will be the Kyle R. Kravitz, Esq., memorial website. This site is now linked with another Kyle Kravitz site located at Villanova Law School.

Kyle is remembered lovingly by many friends, as well as by his family. Some of us who miss Kyle are online, and if you know us, or would like to share your stories about Kyle with us, we can be reached via email:

Mr. Kravitz told me the other day that he got a dog, named Lucky. I wish him the best of luck with him!

I am soliciting contributions of memories from Kyle's friends. If you are not listed above and would like to be, please let me know. Additionally, Kyle's dad plans to write a book about Kyle. If you have anything to contribute, you can contact me or Frank (addresses above) and we will pass it on to the Kravitzes, or of course feel free to contact Kyle's parents directly.

The following item was printed in the Glenside Times Chronicle, on Wednesday, March 27, 1996.

Kyle Reed Kravitz of Elkins Park died March 8 at the Albert Einstein Medical Center of complications of a malignant bone tumor. He was 26.

A graduate of Haverford College and Villanova Law School, Mr. Kravitz was an associate in the litigation section of Duane, Morris & Heckscher, a center-city law firm, and a member of the American Bar Association, as well as an admitted attorney and counselor of the United States Court of Appeal for the Third Circuit.

In his short life, Mr. Kravitz accomplished much. He was a National Merit Scholarship finalist and a member of the National Honors [sic] Society while a student at Cheltenham High School. He was also a recipient of theAmerican Legion Award.

Politically active at an early age, Mr. Kravitz was remembered to have helped with political campaigns at the age of six. At 14, he served on the Citizens' Advisory Committee to the Cheltenham Township Board of Commissioners, serving on the drug, alcohol, and mental health committee, and the historical commission.

He also won numerous science competitions and was a special assignment reporter, freelancing for the Times Chronicle from 1984-1985.

While at Haverford College, Mr.Kravitz was president of Haverford-Bryn Mawr Broadcasting, president of the debating team, and worked as a lobbyist in Washington DC. He was a clerk for Federal Judge Ludwig, a published member of Villanova Law Review and co-founder and editor of the Villanova Sports and Entertainment Journal. He was an avid golfer and a participant in drama and musical productions. Additionally, he was a member of the Union League of Philadelphia.

For the past year, Mr. Kravitz bravely underwent intensive chemotherapy, x-ray therapy, and surgery. Throughout the course of his treatment, he maintained a positive attitude toward life. Mr. Kravitz touched the hearts of many, and remained a wonderful, loving, and caring son and friend to the many who loved him.

[I am correcting the punctuation in the following paragraph - hrg] He is survived by his parents, Eleanor and Morton Kravitz of Elkins Park; his grandmother, Rose Goldsman of Wyncote; and two aunts and two uncles, Leonard and Grace Greenberg of Wyncote and Robert and Marlene Rosenblatt of Pembroke, Fla.

More about Kyle, including a picture, will be coming. Please, if you have any ideas about what should or should not be included here, write to me, Hillary, and I will update accordingly.